Why Christians Can and Should Support the Supreme Court Decision on Marriage Equality. 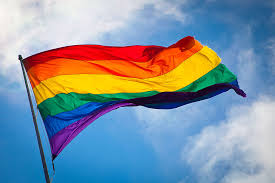 The Supreme Court’s landmark decision now makes same-sex marriage the law of the land which Christians can and should support. Here’s why.

First, Christians can support same-sex marriage because there is nothing anti-Christian about it. Some Christians speak of marriage as if there is a clear, consistent, unchanging biblical model. For example, in a statement issued by Ronnie Floyd of the SBC and signed by 16 past presidents they affirmed, among other things,

“What the Bible says about marriage is clear, definitive, and unchanging. We affirm biblical, traditional, natural marriage as the uniting of one man and one woman in covenant for a lifetime. The Scriptures’ teaching on marriage is not negotiable.”


The problem, however, which more Christians are coming to see, is that there simply is no “clear, definitive, and unchanging” biblical view.

Consider how polygamy was practiced throughout the biblical world without a single bible verse condemning the practice. Abraham, Moses, David, all the great biblical heroes of the faith were polygamists. In fact, Genesis 2:24 was never understood in Israel as excluding polygamy. They believed that through the act of sexual intercourse a man could become “one flesh” with more than one woman.

In the patriarchal, biblical world marriages were often arranged and women, whom we would consider still children or youth, were wed to older men. Women were often given an economic value as one would assign to a commodity in the marketplace. In that world a man could not commit adultery against his own wife; he could only commit adultery against another man by sexually using the other’s wife. According to biblical law a woman was to be stoned to death if she was not found to be a virgin before her marriage (Deut. 22:13-21). There was no such law for men. Even New Testament instructions to husbands and wives commonly assumed a patriarchal worldview (see Eph. 5:21-33; Col. 3:18-19; 1 Peter 1:3-4).

Jesus says absolutely nothing about same sex relations or marriage, and his one specific reference to marriage is a quote from Genesis 2:24, not for the purpose of affirming some clear, incontrovertible, traditional law of marriage, but for the purpose of prohibiting divorce (Mark 10:2-9). (Why Jesus prohibited divorce is subject to various interpretations. In the Jewish world of Jesus’ day Jewish men could divorce their wives for any reason whatsoever, but Jewish women could not divorce their husbands. I suspect Jesus was trying to level the playing field.)

But while Jesus says nothing about same-sex marriage, in story after story in the Gospels Jesus crossed boundaries, tore down walls, overstepped social mores, and challenged scriptures, traditions, and customs that separated and segregated people into acceptable and unacceptable categories. He did this as a son of Abba and for the cause of God’s kingdom (God’s will and way) in the world.

There are only three specific texts in the New Testament that mention same-sex sexual relations in a judgmental way (Rom. 1:26-27; 1 Cor. 6:9-10; 1 Tim. 1:10). The problem here, as biblical scholars point out (including a growing number of evangelical scholars) is that we don’t know what the biblical writers were condemning – male-boy sex, master-slave sex, temple prostitution, or indulgent sex by heterosexuals who engage in homosexual relations.

What is clear is that the condemnation in these texts relates to either exploitative or excessive sexual relations, not the kind of loving sexual relations that would characterize a faithful, monogamous same-sex marriage. That the biblical writers would have understood sexual orientation as a state of being over which one has no choice would have been about as likely as their knowledge of the function of atoms and electrons.

Because of these considerations Christians can support same-sex marriage.

Second, Christians should support same-sex marriage regardless of what one personally believes about marriage because treating same-sex couples with dignity and respecting their rights to have equal protection under the law is the right thing to do.

Conservative Supreme Court Justice Anthony Kennedy said that the hope of gay people intending to marry "is not to be condemned to live in loneliness, excluded from one of civilization's oldest institutions. They ask for equal dignity in the eyes of the law. The Constitution grants them that right."

Christians should distinguish between their own personal beliefs about what constitutes a Christian view of marriage and government recognized marriage as a civil union granting equal rights and protections under the law.

The threats some Christians are making about defying the law make no sense. What is there to defy? No federal, state, or local government agency will ever require Christian ministers to perform same-sex weddings. That too is a Constitutional right guaranteed by the First Amendment. Of course, there will always be ministers like myself who will perform same-sex weddings.

There are Christians today who celebrate the Supreme Court’s legalization of same-sex marriage across the country and there are Christians who agonize over it adamantly disagreeing with the interpretative points I made earlier, but there is no good reason why any Christian should not uphold and support the law.