I don’t get it! What have Christians lost? 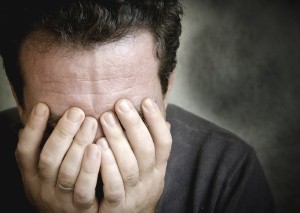 Should Christians who are celebrating marriage equality empathize with those who are grieving over the Supreme Court ruling?

The call to empathy comes from a colleague in ministry in a recent post. He writes,

“Whether or not you agree with those who weep, they are still weeping today. They are experiencing loss. The world that they anticipated living into has changed. It’s not going back. It will never be the same. I’m not making any arguments about whether that is good or bad. . . . What I want to say today is that there are those among us who are mourning. What are we going to do about it?”

My colleague quotes Paul who says to the church in Rome, “Rejoice with those who rejoice, weep with those who weep” (Rom. 12:15). He claims that “our first responsibility is to try to empathize with each other’s experience,” but the thrust of his admonition is aimed at those of us who are celebrating, not grieving.  He challenges us to be “wounded healers” (Henri Nouwen’s phrase) to those who have encountered marriage equality as “a train wreck” and have experienced “genuine loss and trauma.” He points out that we are all members of the body of Christ and he encourages us to empathize with those hurting so we might be “avenues of healing and conduits of grace.”

So what is it exactly that our sisters and brothers who are weeping have lost? According to my friend they have had to say good-bye “to something that was supposed to be there for the rest of their lives.” It’s “the loss of a cultural structure that has been around for multiple thousands of years.” They are depressed because “deep is their grief about a world that is changing in ways that violate their world-view.” That’s about as close as he gets to actually naming it.

What sort of “cultural structure” has been lost that is causing such deep grief? The last time I checked heterosexual marriage between one man and one woman with all the protections our legal system affords such a union is still very much in place. What has been lost other than the right to deny same-sex couples the same rights, privileges, and protections under the law that heterosexual couples have long enjoyed?

Is this something Christians should empathize with and grieve over?

Can you imagine after civil rights legislation passed in the Supreme Court, some white Christian leader admonishing African-Americans and their allies to stifle their celebrations and empathize with those grieving over “the loss of a cultural structure” that enabled segregation, discrimination, and oppression?

It’s relatively easy to name what my friend side-steps. What is lost is the right to deny and discriminate against same-sex couples. And thankfully one very conservative Supreme Court Justice who recognized this decided to right the wrong.

What you or I or anyone else believes about marriage is irrelevant here. The issue is equal protection under the law for a minority group that has suffered much for many years. This marginalized group has been finally vindicated (in part that is, there is still much more work to do to get these rights extended into the workplace). That is the cultural shift that anti-gay proponents and sympathizers are lamenting.

Can you imagine one of the classic Hebrew prophets who railed against Israel’s unjust leaders and their followers for enslaving the poor and depriving the most vulnerable of basic needs, calling for empathy toward the oppressors simply because they were all one people in covenant with God?

What does it mean to be a conduit of grace in such a context? For healing to occur the disease has to be confronted. Empathy is not what is needed. Liberation is what is needed. The demon has to be named and exorcised.

Is it even possible to empathize with oppressors who do not see or acknowledge the oppression their actions cause? I can love them, but I can’t empathize with them

So, to all my Christian friends who want us to tone it down and curtail our celebrations over marriage equality – please, have some empathy yourselves!

Let your “No be No” or your “Yes be Yes,” but please, spare us the sanctimonious religious rhetoric that mistakingly equates frustration and anger over the collapse of a cultural structure of injustice with legitimate and genuine loss that deserves real empathy!

This post was first published at the Unfundamentalist Christians blog.