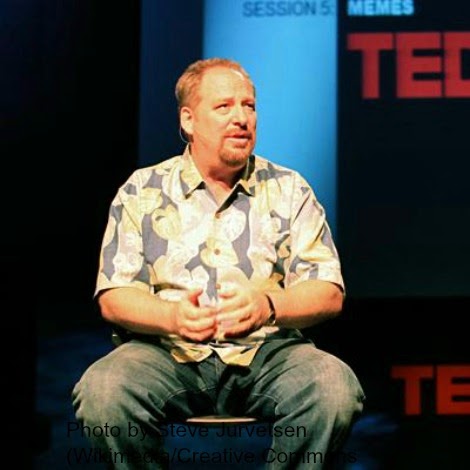 This beautiful book is a gift to all of us. So much of what is published today about faith just rehashes warmed-over clichés and feels out of touch with reality. In contrast, every page of this special volume has the smell of authenticity on it. . . .


The closer I get to David Wolpe, the more I am impressed by this man of faith. As an author, religious teacher, professor, cancer victim, and television commentator, his unique contribution of experiences has given him a credible platform from which he presents the case that faith in God truly matters at this critical time in our world.


Regardless of where you are in your own personal faith journey, I’m certain that his profound insights in this book will stimulate your thinking and even touch your soul about the reality of God in fresh and surprising ways.

This foreword by Warren is proudly advertised on the book’s front cover as a selling point: “Foreword by Rick Warren, author of The Purpose-Driven Life.”

Of course, Rabbi Wolpe’s “faith in God” is not “faith in Jesus” which Warren believes is essential for salvation. In 2012 Warren was interviewed by ABC’s Jake Tapper and was asked if he believed that Jesus is the only way to heaven. Warren responded,

Next, Tapper observed that Warren was involved in a lot of Interfaith dialogue with friends of other faiths. He asked Warren,

Why would a benevolent God tell those friends of yours who are not evangelical Christians I’m sorry you don’t get to go to heaven?

Here’s how Warren sidestepped the question,

I don't think any of us deserve to go to heaven. I don't think any -- I think the only way any of us get into heaven is God's grace. Most of us think, well, if my good works are higher than my bad works than I'm going to kind of make it in.


And most of us want -- have enough works to get -- good works to get into heaven, but enough bad works to be fun. But the bottom line is God doesn't grade on a curve. People say, well, I'm better than so-and-so. You probably are. In fact, I have no doubt many non-believers are better than me in certain moral issues.

Tapper was gracious and let it ride, refusing to press Warren to actually answer the question. Tapper then shifted to a lighter subject saying: “On Facebook we were asked to ask you do dogs go to heaven?”

I would have loved for Warren to have actually attempted to answer the question about his friends not making it to heaven. I would love to know how Warren can say what he says about Rabbi Wolpe, yet still believe that Rabbi Wolpe will be denied entrance to heaven?

The basic problem, as I see it, lies in how evangelical Christians like Warren understand Christian salvation. For most evangelicals like Warren salvation is primarily perceived as a legal, juridical transaction between the believer and God resulting in the forgiveness of sins and the assurance of heaven.

What if, instead of the way that view it now, evangelical Christians like Warren thought of salvation in terms of “healing” and “wholeness” and “liberation," as salvation is, in fact, primarily depicted in the Gospels?

What if evangelical Christians thought of salvation as a reclaiming of original blessing, rather than forgiveness for original sin?

What if evangelical Christians experienced salvation as a process of growth in love, rather than as a reward for believing a particular doctrine about Jesus?

Then Christians like Warren might actually experience the extravagance of a divine grace that reaches every person, not just those who conform to their belief system.

Then Christians like Warren would realize that they have already been forgiven, and have always been loved with an eternal love. Instead of worrying about believing the right things (and getting other people to believe the right things) in order to secure forgiveness and go to heaven, they could glory in a radical, unconditional forgiveness already theirs, accept their friends of other faiths as truly their sisters and brothers, and spend the rest of their days talking about how good God is.

Then Christians like Warren would not have to say one thing in the foreword of a book whose author is clearly his friend, and something completely different to his vast fan base who regard the author as an unbeliever destined for hell.
evangelicals Jake Tapper Rabbi Wolpe Rick Warren salvation Why Faith Matters